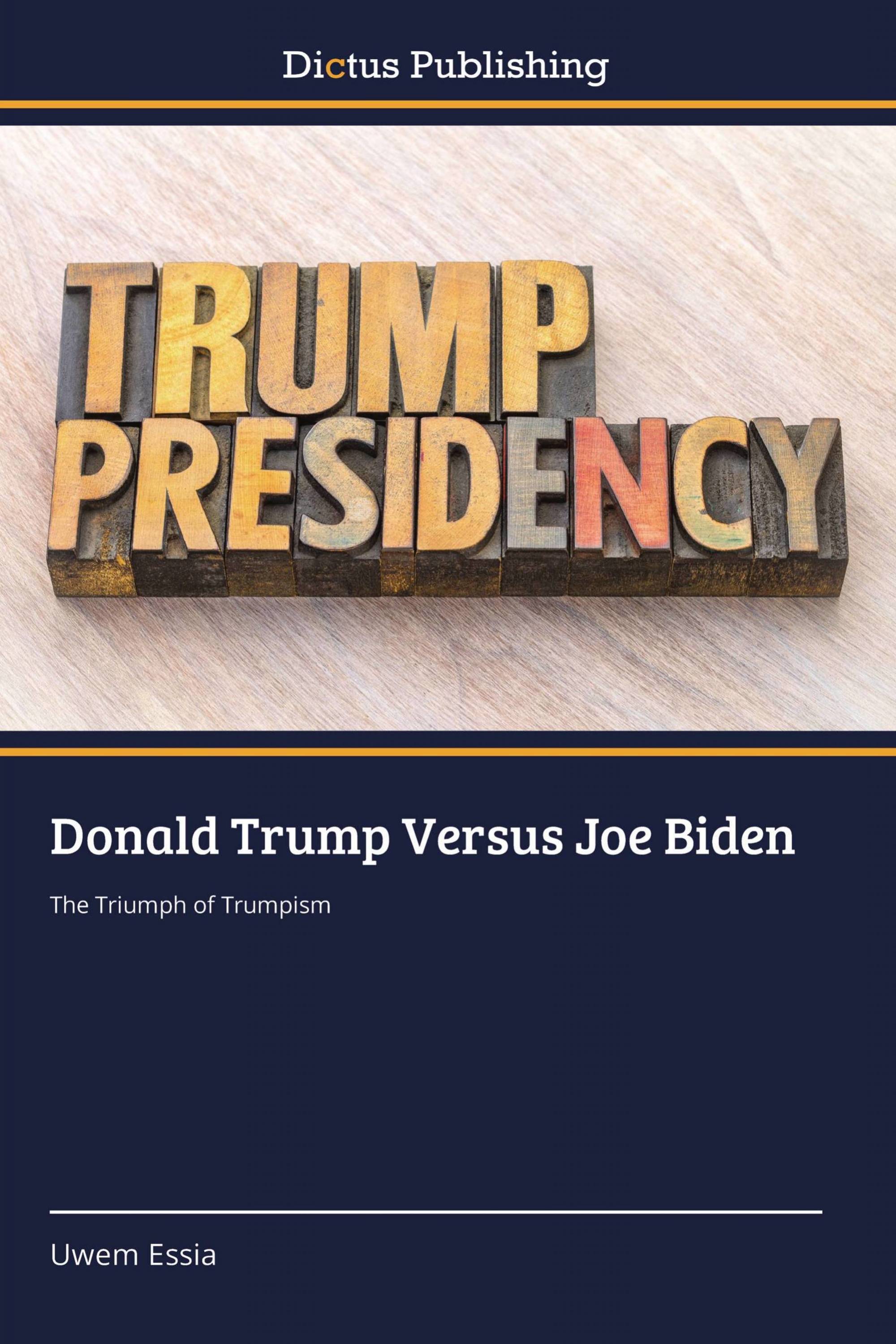 The Triumph of Trumpism

The Book Trump Vs Biden: The Triumph of Trumpism argues that alas President Joe Biden may not make much difference in American politics because he is out to rubbish his predecessor without taking a deep look at Donald Trump’s policies. Yet, many of what Joe Biden is doing have the footprints of Donald Trump. Four key themes were used here for the comparison, as follows: (1) the counter-COVID strategy/ efforts; (2) the US withdrawal from Afghanistan; (3) the immigrants’ challenge; and (4) foreign policy doctrine. Generally, it is submitted here that despite some mistakes, President Donald Trump made efforts to do well on all four themes, and so far President Biden is building on the foundations laid by the Trump presidency, and not adopting strategies/ approaches that are significantly different. The Triumph of Trumpism argues that ultimately the Biden-Harris presidency may barely recycle Trump's strategies, with very minor variations.